Over the past 10 years, the company has installed over 450 residential and industrial systems in Abruzzo and Marche.

The technical manager, Giuseppe Ciammetti, did his thesis for his degree in Mechanical Engineering on photovoltaic systems as far back as in 1980, and is probably one of the most experienced engineers in the area when it comes to low and medium voltage electrical energy systems.

Customers can expect a well-designed project, carefully chosen products and assistance before, during and after installation to ensure an excellent, long-term investment. The company provides a complete range of services, from the turnkey installation of small and medium-sized photovoltaic systems with either net metering or storage batteries to integrated solar heating systems, heat pumps and energy efficient, intelligent air conditioning and solar cooling systems.

The company was established in 2008 as a photovoltaic company and has now expanded to provide services that range from the turnkey installation of small and medium-sized photovoltaic systems, battery systems for energy storage, solar heating systems, heat pumps and electric charging stations for e-mobility.

Icaro Srl took its first steps in the photovoltaic sector in Abruzzo in 2010 and installed over 350 kWp in small and medium-sized systems. It also designed and built two large-scale 3 MW plants, obtaining Single European Authorisation, with one already in operation, connected to the Cepagatti grid.

The economic slowdown and uncertainty surrounding feed-in tariffs held back growth in 2011, but 2012 sales showed an improvement over the previous year and over 1 MWp of power was installed.

Icaro began to focus more on energy savings in 2013 and increased the number of other systems installed such as heat pumps and solar water heating systems, also combining these systems with the PV systems.

The general recession continued to hold back the photovoltaic market in 2014, but there was a increase in maintenance and technical assistance provided, especially on plants installed by other parties. The company completed its first small-scale wind power installation in February, a 60 kW wind turbine in Castiglione di Casauria in the Province of Pescara.

During 2015 and 2016, focus remained on combined energy saving solutions, with the option of adding storage batteries to increase photovoltaic energy self-sufficiency and products to optimise the photovoltaic plants, in addition to intelligent energy-efficient temperature control products, both traditional and solar-based. Furthermore, in 2016 the company became Sunpower® Premier Partner, another proof of our quality services to clients.

In 2017 and 2018, emphasis has turned back onto photovoltaics, and lately many foreign residents have chosen Icaro as their renewable energy supplier.

Discover the advantages of choosing Icaro as your renewable energy supplier. 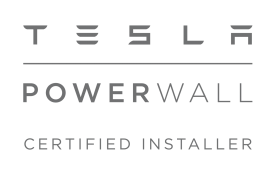